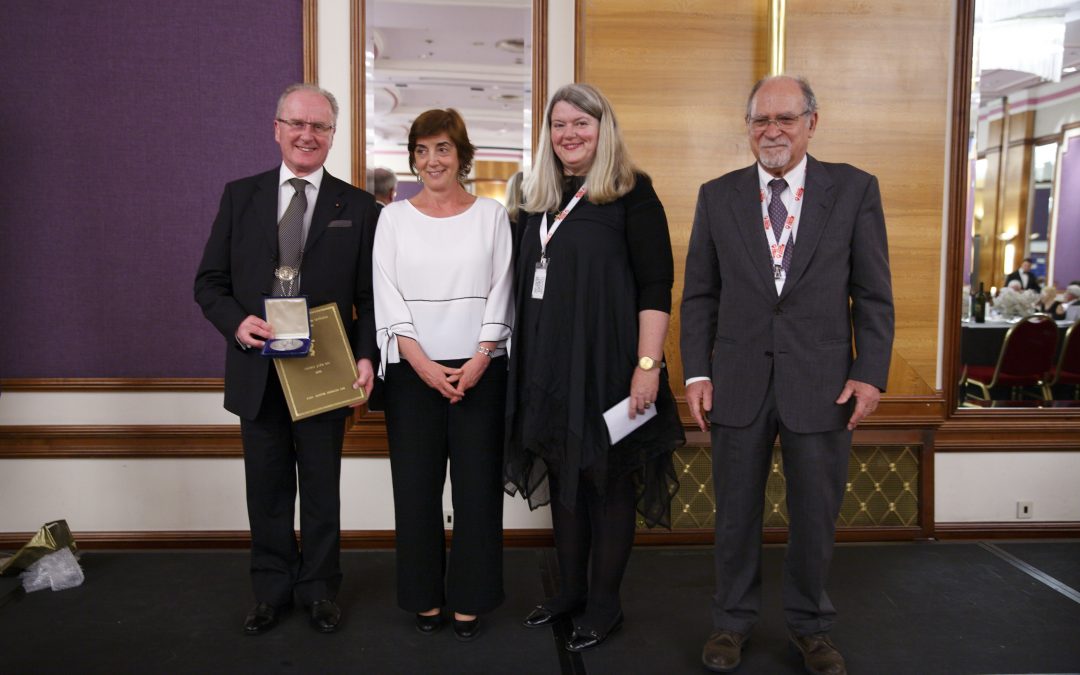 During the 25th Congress of FIAMC held in Zagreb (May 30 to June 2, 2018) Dr Bernard Ars was awarded “The International Prize of Medical Ethics and Deontology João XXI” consisting of a special medal with the effigy of this Pope and Portuguese Doctor, and a diploma.

The João XXI Prize is meant to stimulate the study of Medical Ethics and Deontology in different countries and to reward, in that field, the best original work written or published in the interval of two International consecutive Congresses of Catholic Doctors. 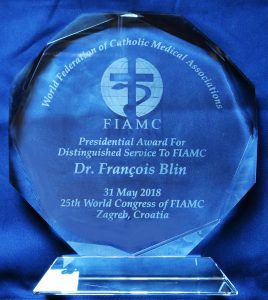 During the 25th FIAMC Congress in Zagreb (May 30th to June 2nd, 2018) the following Presidential Awards for Distinguished Service to our Federation where conferred:

They all continue to serve the Federation in different ways.

Subscribe to the newsletter of the Belgian Medical Association Saint-Luke.